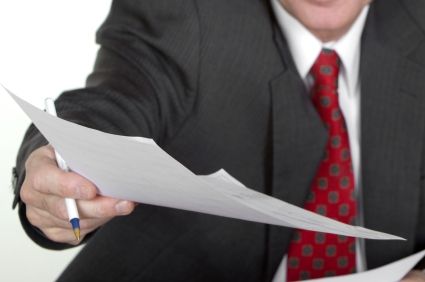 John Q. Executive walks nervously into his boss’ office to announce, “Mr. Employer, I’m really sorry to have to tell you this, but I’ve decided to accept another position. The XYZ Company made me an offer I couldn’t refuse.”

Mr. Employer doesn’t miss a beat.  “Wait a minute, John. We can’t afford to lose you. Tell me about this other offer.”

Almost every executive will play this scene in his or her career. When the counteroffer is put on the table, what happens next is critical. Not only for a particular situation. but also as an overall career strategy. Before even considering a counteroffer, John Q. needs to look at these questions.

We have seen many people caught in this scenario, and have come to a definitive conclusion. It almost never pays to accept the counteroffer. Let’s look at some possible answers to John Q’s questions:

If John Q. is good enough to get that super offer form XYZ Co., then Mr. Employer almost certainly values his work.  He may even like John.  But, for most employers the first thoughts that come to mind upon receiving a resignation are:  How is this going to inconvenience me?  How long might it take to find a replacement?  Who will run the department in the interim?  Who will train John Q’s replacement?

In many cases, the first answer that comes to mind is, “Let me buy some time to sort this out.”

If John Q. can be persuaded to stay, the employer can, at his leisure evaluate the impact of John’s departure, Mr. Employer might put out a confidential search with a recruiter for John’s replacement (we’ve done several of these).  He can examine John’s subordinates to see if any can be groomed to succeed him.  Mr. Employer can even bring in John’s potential replacement as a “consultant”, and let John train his successor.  So what if these steps cause the employer to shell out $10,000 to $20,000 more in annualized salary.  The three to six months it takes to sort things out will be inexpensive compared to the potential cost of sudden loss of a key manager.

And, odds are, the boss isn’t going to gamble on John Q’s continued loyalty much longer. Despite the counteroffer flattery, Mr. Employer may decide that his most logical long range solution is to get the replacement on board as soon as possible.

John is still John.  His company is stilling the same.  If the match were really so wonderful, John wouldn’t have been vulnerable to XYZ Company’s offer.  Will an elevated title or a few dollars really improve the essence of the relationship?  Maybe, but only for the short term.

If the boss hasn’t already done so, soon after giving the counteroffer, he will begin to second-guess John’s contribution to the firm.  Mr. Employer may feel betrayed, blackmailed.  He may worry that other employees will use job offers to leverage their positions sometime in the future.  When the next scheduled salary review comes up, the boss has a chance to “get even.”  Without another outside offer in hand, John Q will have to accept the boss’ excuse: “Don’t you remember, John, I just gave you that big raise when XYZ tried to steal you away.”

When a real promotion comes up, will the company choose to advance the person who had been looking and had to be induced into staying?  Or will they reward a loyal, dedicated coworker who has demonstrated a genuine commitment?  Or even worse, might they hire from the outside, over John Q’s head?

If John Q accepts the counteroffer, certainly some people won’t be happy.  Clearly, the XYZ Co., which is already anticipating his arrival, will be disappointed.  If a recruiter was involved, John’s credibility will be strained by the reversal.

What about his references?  What if they see his actions as a career leveraging maneuver? What if they feel used, or worry that they may be “manipulated” in the future?

How about John’s coworkers?  Regardless of how discrete he’s been, someone, if not everyone, is sure to know he had planned to leave.  The office grapevine rarely deals kindly with these matters.  Maybe subordinates may have started jockeying for his job.  Maybe they are relieved he is leaving!  Or, maybe he was so well liked; his fellow employees are planning his farewell testimonial luncheon.  As rumors circulate and escalate and demand denial, John Q. will get the short end with his peers.

John’s sudden reversal may be perceived as fearful, a sign of weakness.  Respect for him may drop.  His relationships may never be the same.

A candidate for a job change is either dissatisfied with his current position, or tempted by the positive aspects of the new opportunity.  Or, more usually, it,s a combination of both factors.

As search consultants, we will admit that we can’t get an executive to see a potential new employer unless he or she is motivated (nor would we want to force such a meeting).

It is that motivation that led John Q to see the XYZ Company, listen to their pitch, and interview well enough to elicit an offer.  We must assume that John Q Executive was smart enough to carefully analyze the offer, listing and evaluating all the pluses and minuses before accepting.

A clearly convinced John Q marched into the boss’s office to resign, only to be confronted by the counteroffer in the face of such an emotional encounter, many people would be hard pressed to remain cool and logical and focused or, the original intent, to resign and move on.

But all the factors that preceded that moment remain unchanged. John needs to remember that he has decided that XYZ represents the better long term opportunity.

We trust that the reader will not be offended by the purposely outrageous phrase that we use to characterize the result of accepting a counteroffer.  We certainly don’t regard people with so callous an attitude.  We have found, though, that many executives in the emotional throes of a decision about whether to accept a counteroffer need to be shocked into recognition of the downside risk.

Let us emphasize that these observations are not the casual opinion of the author.  In meetings and interviews with many hundreds of executives, our consultants have spoken to dozens who have been involved in counteroffer situations.  In less than 20 percent of the cases has the acceptance of such an offer worked out satisfactorily.  The overwhelming majority of the executives we have talked to have expressed regret; based on the negative results we have talked about above.  They have admitted that it is difficult to see the pitfalls while their current firm is “courting” them to stay.  The situation is just too emotional.

Remember, the new employer considers you a winner.  They are the ones willing to pay a premium for our services and start you out in a higher position.  The reasons for making the job change are rarely strictly financial and those reasons will still be there.

The best advice is to make the change you have agreed to, and don’t look back.  Keep relationships with important people in your old organization intact, but politely deliver the firm message that you have decided to move on.  If it is made clear that you are not open to renegotiation, you may be able to prevent the counteroffer attempt, and save embarrassment for all concerned.  You decide which way you will end up a winner.