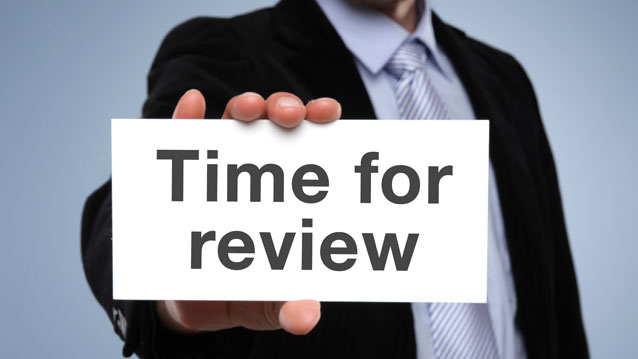 Would you like to have something in common with companies like GE, Accenture, Microsoft, Deloitte and Adobe?  Would you like to be at the forefront of a movement, and do something that 10% of the Fortune 500 have done already?  Then consider eliminating Performance Reviews!

The case against Performance Reviews (PRs) includes stats from many recent surveys: 90% of Managers dislike PRs; 90% of HR professionals think PRs are inaccurate.  In a recent study of over 4400 Managers, variances in PR ratings were shown to be due to rater difference over 60% of the time, not differences in the person being rated!  This is known as “Idiosyncratic Rater Effect” – subjectivity and unpredictability from raters.

Think about your own experience with PRs.  Remember the last review you gave or received?  The odds are you were uncomfortable, anxious and annoyed, no matter which side of the review you were on.

PRs are notoriously inaccurate, but are often used for raises and promotions.  At the very least, subjectivity often trumps objectivity.  Even worse, Managers often have incentives to either inflate or deflate PRs, depending on their needs.  If a Manager’s own review depends on having a highly rated team, PR inflation could result, whereas if holding down departmental costs is important, deflation could occur, in order to save on raises.

The bottom line is that most recent studies show NO correlation between PRs and business results.  So why are most companies still hooked on PRs?  They don’t know any other way to monitor performance, establish criteria for raises and promotional paths, or to give meaningful feedback.

The companies who have eliminated traditional PRs have found another way.  All of these companies have found alternative ways for giving prompt, current feedback, evaluating performance, etc.  The new systems usually include a mechanism for more up-to-date feedback, feedback that is not only based on what is happening right now, but also based on things the employee can actually act upon immediately.  Traditional PRs on the other hand, usually give feedback on things that happened months ago, on which the employee can’t do better anymore.

Many new feedback systems incorporate frequent feedback interactions (often weekly), and some put the ball in the employee’s court.  Knowing that Managers are often swamped, they will have the employee prompt their manager for the weekly meeting, and make sure it happens.

The new systems focus on significant current incidents, and encourage praise as well as opportunities for corrective action while the incident is still happening.  New feedback systems focus on employee strengths, and recognize what else the employee can do to leverage strengths recently observed.  Consistent observation of employee strengths in action can lead to molding and shaping that person’s career based more on actions than traits.

Prompt, current feedback could also be the best way to have the employee register kudos and praise, and ensures that subtle intangibles don’t get lost.  “I like the way you presented to that client; you handled yourself well in that meeting.”  These are not the kinds of things that get saved up and said in an annual review.

Regarding negatives, timely feedback enables the employee to actually act more productively in this incident, or at least on the next one, rather than letting a year of mistakes go by and then having the Manager seem punitive.

If you want to move towards prompt, current feedback, it is important to recognize the power of negatives on employees, and ensure that positive feedback is balancing any negatives.  Employees register negative feedback much more strongly, and sometimes it takes several positives to counteract a negative.

Performance Reviews haven’t yet died, but they are clearly undergoing a transformation, and many big companies are asking themselves what would be more effective.  Time to take a closer look at what works for you.