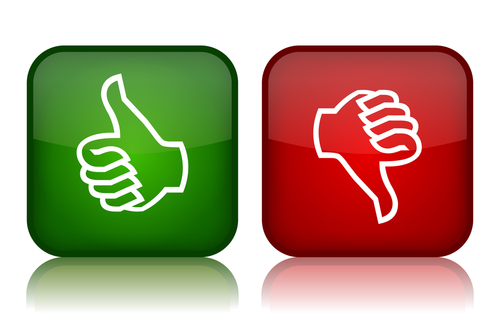 Many job seekers make the mistake of talking negatively about a previous employer, and it is very important to be positive on this topic. When we interview candidates, we ask them in several different ways to tell why they’d be interested in making a change: What is the ideal job for you? What’s missing at your current job? What needs to be different?

Most of the answers revolve around new challenges, a company that is positioned better for growth, the usual. However there are cases where one or two people who absolutely tear down their current employer, telling all the things wrong with the environment, why their boss isn’t a good leader; on and on. Interestingly, overly negative explanations about previous job changes are often included in their narrative.

Since many of these people are actually really strong candidates, coaching them on how to better describe why they want to make a change has proven beneficial. Here are some rules:

Every negative can be turned into a positive. Think yin /yang. What is the flip side, the alternative perspective of the negative aspect of your employment? If you think your company is moving too slowly, you say you want a faster paced environment. If you think your boss is poor at giving direction, you say you want a leader who makes it clear what your objectives are, so you have a define path to achieving the goal.

Two sentences is enough. One to describe the circumstances (“I’ve decided to move on; there was a 50-person RIF,” etc.), and one sentence that is forward-looking (“I would like ————- in my next position).

Show Class. If the interviewer hears you saying negative things, he or she can assume that someday you’ll be saying similar things about him or her. Show some class, and model the behavior you want them to expect from you in the future.

Talk about the future. It is human nature to dig in dirt, gossip, look for the sensational aspects that are fun to discuss. Don’t give in to the temptation. Don’t let a skilled interviewer trap you into “dishing” about all the reasons you are unhappy, only to surprise you with a rejection. Move the conversation to how your capabilities are going to add value to the new employer.

An “A” Player just doesn’t have anything bad to say about a current or past employer! Why would they?