Don’t Call Me an Applicant! 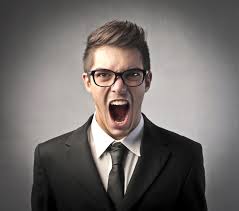 To employers, an active job seeker is sometimes considered to be an “Applicant.”  Applicants can be contrasted with passive candidates- those people who have been recruited for a job, but weren’t necessarily looking. They typically have their heads down, just doing their current jobs (which they actually enjoy).  If a recruiter calls them, and offers what looks like a potentially better opportunity, their interest is piqued, and they can be responsive, but they still don’t want to be called an “Applicant.”

This mistake gets made all the time, and recruited candidates can get irritated by being treated the same as an active applicant. Why?  Because both the perception and the reality of how an applicant is treated are negative.

Applicants are expected to take a “one-down” position hierarchically from the interviewer.  Keep me waiting? No problem.  Fill in more forms?  No problem.  Jump through extra hoops, take tests, meet extra people; no problem.  Make me prove I’m capable and the best choice for the job?  No problem!

Applicants know they can be one of many, sometimes hundreds of people that have been considered for a job.  They are either actually unemployed, or what we call “mentally unemployed” – they have clocked out of their current job and can’t wait to get another.  They don’t mind being pushed around a little, as long as they have a sincere chance at your opportunity.

On the other hand, passive, recruited candidates expect better treatment. They are a universe of one, or at least an elite small group.They expect to be “courted” a bit, shown the value of the opportunity, persuaded why they should consider it as better than what they have now.  This doesn’t mean you have to bow and scrape in subservience, but, you will benefit from rolling out some red carpeting.

Process the candidate efficiently. Don’t waste their time.  Keep paperwork to a minimum until you regard the person as a finalist, and only then ask them to fill in what you need for your in-house HR management system.

Candidates who aren’t truly applicants do enjoy being made to feel special, and this will greatly increase the odds of capturing them, once you select the person you most want in the job.