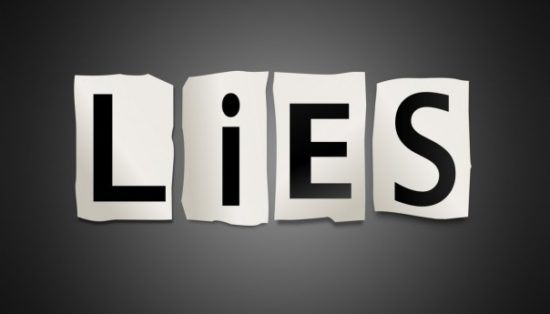 Candidates lie to recruiters for a variety of reasons.  Recruiters have to expect a certain amount of lying.  Some of it is even understandable.  Here are some examples:

George says he is willing to relocate, no problem.  Weeks later, many obstacles materialize that would interfere.  These aren’t sudden changes in his life.  Why did George lie?  Because he didn’t want YOU to rule HIM out for the opportunity.  He wanted to be in the driver’s seat to judge if this would be a compelling position for him.  Is there a way to get at the truth?  Yes.  You must be willing to go right up to the line, right up front, and ask, “What obstacles could there be to your ability to relocate?”  Most candidates will then be truthful, and when they open the door to those issues, you can explore them.

Mary tells your recruiter (first line point of contact) that she is making $150K.  Your position pays $130-140K, so you think perhaps you should rule her out.  Because she is so qualified, you take her through a few more steps.  When you, the person in charge of the search, talk to her in more detail, Mary reveals her base salary is $127K, but with bonus (not paid in the last year) and stock options (which are on a vesting schedule), her PACKAGE is $150K.  However, last year, Mary made about $125K without bonus, before her raise, and with minimal option vesting.  So, your opportunity at $140K, with a targeted 20% bonus indeed represents a step up.  Why did Mary lie?  She didn’t want to undersell herself.  She thought if she said $127K, it might lower the ultimate offer she’d get from the employer.  When a candidate talks about comp, train your recruiters to ask, “So your base salary is….?  And your bonus potential is…?  And the actual amount of bonus you’ve received in the past three years has been …?”  This detailed line of questioning must be asked congruently – as if you expect the truth.  Don’t waffle.  Make sure the candidate knows you mean business, and that the employer expects the exact amounts.

Harry says he was recruited to his last two positions.  Later on, in exploring his job changes in detail, he reveals that his departure was a ‘mutual decision.’  Asking further, you learn he was let go, then contacted recruiters, and found jobs through those recruiters – not quite being ‘recruited.’  Why did Harry lie?  This one is obvious: He didn’t want you to rule him out because of a spotty track record.  We ask, “What were the circumstances of your departure from Company A?”  If the candidate takes more than 2 sentences to answer, and if you are unclear on what they are saying, odds are they were fired.  Asking questions like: “Who made the ultimate decision?  What would your boss say about the circumstances of your leaving?  Did you receive a severance package?  Did you have the new position before you left Company A? Will your ex-boss from Company A be a reference for you?  No? Why not?”  Get the details.

Unfortunately, these patterns occur all the time.  Mostly, candidates are trying to protect themselves from harm – the harm of being deselected too soon – before a recruiter really knows the whole story.  What candidates don’t always understand is that many of these facts won’t necessarily rule them out.  If they have all the qualifications, employers have learned to not always judge the fine print in the past, especially if the candidate has been forthcoming and truthful.